The smallest feline is a masterpiece

“The smallest feline is a masterpiece.”

– apparently a Da Vinci quote. Whether or not he actually coined this phrase, cat lovers will agree! There is another saying – an Irish proverb – that goes “Beware of people who dislike cats.” LOL! I don’t know about distrusting anybody who dislikes cats, but there is part of me that does a double-take when I meet people who aren’t fans of the feline variety. How can you NOT? Ok. No doubt the reptile/arachnid lovers out there would say the same about me…!

I own two cats. A tortoiseshell called Sooty and one of the boys from her first (and only) litter, Fudge. They have such interesting little personalities. Sooty prefers to disappear into the garden during the day, finding a spot to nap. We can always find her at night, snuggled up on Matthew’s bed. At first we thought it was the room that she liked, then found that she sought him at night – no matter where he’d be – to sleep where he was. Fudge, on the other hand, is a serious “Mama’s boy” and is usually asleep on my headboard at night. In the mornings, he wakes the household crying at the bedroom door to be let in, to purr his little heart away as he kneads his way up the bed, again usually settling on the headboard for a morning nap. The minute I’m up though, he follows me around in a desperate attempt to trip me up whilst threading himself around my legs.

I found him napping on the back deck yesterday afternoon and grabbed my camera for a few sneaky shots while he slept/stretched/yawned and generally did what cats do – lazed around. 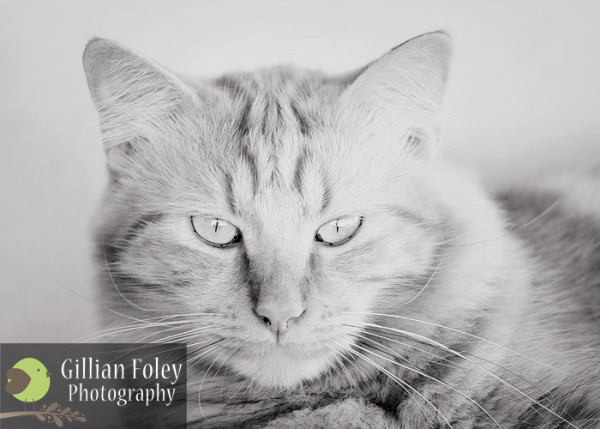 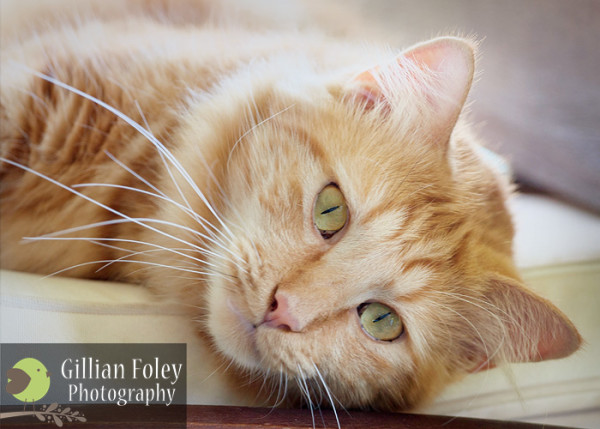 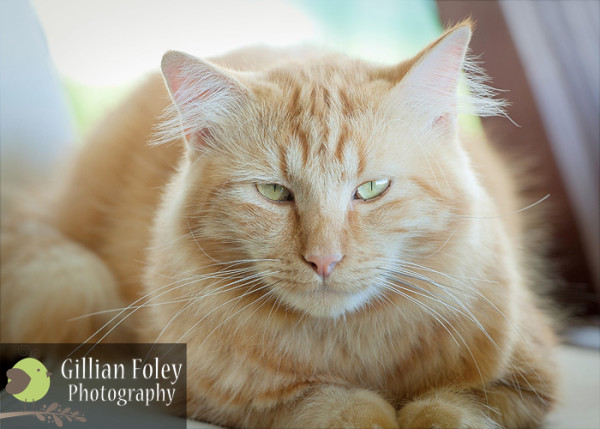 He doesn’t look too impressed in that last shot, does he? LOL! Do you have quirky pets? Feel free to share in the comments below or on my Facebook page! ~ Gill =)